Some years ago, Worldreader started their work in Africa, with the aim of bringing both free ereaders (Kindles) and free ebooks to the rural poor of Africa.  This has gone from strength to strength, with active support from governments in a number of African states, local and international publishers and authors as well.  These Kindles were given to kids in rural schools to start with, so the target was kids rather than adults, though of course many adults (parents etc) shared the ebooks on those Kindles. They also produced a simple app that works on any relatively simple smart phone, mainly 3G models, which allows people to download and read any of the now many thousands of free ebooks that Worldreader offers in a range of African languages and English. 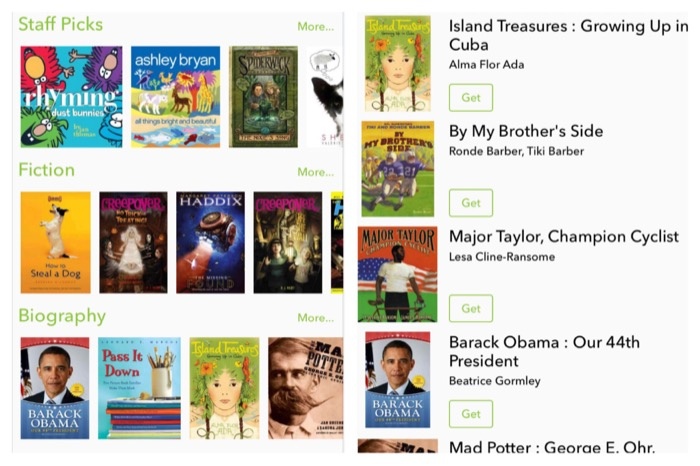 This app is now being used by people all over the world, and has proven itself to be an enormous success, and also proven that the original idea behind Worldreader is correct, people want to read.

END_OF_DOCUMENT_TOKEN_TO_BE_REPLACED

I have just finished reading a very strange book, Water Music by T.C. Boyle, an author I had never heard of, but found to be an immensely enjoyable read.

In the publisher’s blurb, they give an idea of what it is about:-

A funny, bawdy, extremely entertaining novel of imaginative and stylistic fancy that announced to the world Boyle’s tremendous gifts as a storyteller. Set in the late eighteenth century, Water Music follows the wild adventures of Ned Rise, thief and whoremaster, and Mungo Park, a Scottish explorer, through London’s seamy gutters and Scotland’s scenic highlands—to their grand meeting in the heart of darkest Africa. There they join forces and wend their hilarious way to the source of the Niger.

Whilst to a degree, this is a realistic description of this book, it falls far short of the complex reality of the book.  This book starts of as a humerous look at the mixed up world of 18th Century Britain, drawing contrasts between urban and rural life in those days, and we are treated to a no holds barred look at the god awful life that most people led in those unsavoury days.

We are also introduced to the world of exploration, as the Great Powers of the time – France, Britain, Germany et.al struggle to take over the rest of the world, and in this case, Africa. Specifically trying to find the fabled river, the Niger. This river is used as a sort of symbol for all that the white people hoped to extract from Africa – wealth, power and slaves.

END_OF_DOCUMENT_TOKEN_TO_BE_REPLACED

An enthralling Sci-Fi thriller, The Furnace by Timothy Johnston is a Space Opera with a difference. It is a case of Agatha Christie meets Issac Asimov with added Crichton for flavouring.

Before saying anything else I will quote from the author’s blurb on Amazon, which gives a broad idea of the actual story line, without giving away too much:-
As a Homicide Investigator working the solar system’s most remote outposts, Lieutenant Kyle Tanner has been involved in more criminal investigations and captures than any other in Security Division. He hunts his prey stealthily, tracking them through the trail of victims cast behind, and makes difficult captures when no one else can. He has seen the twisted remains, things that used to be human but are now barely meat. And he’s executed those who have done such horrible deeds.

His most recent case takes him to SOLEX One, a power-generating station that orbits precariously near the Sun. Among the fifteen inhabitants is a killer, a disturbed crewman who for some reason has mutilated his victim. But when Tanner arrives and begins the investigation, he’s shocked to learn that this is no ordinary murder. There appears to be no motive for the crime, and no reason for the mutilation after death. But what Tanner doesn’t realize is that something terrifying is amplifying among the station’s personnel … and if he doesn’t solve the mystery, the result could be the extinction of the human race.

END_OF_DOCUMENT_TOKEN_TO_BE_REPLACED

Worldreader, a charity who have been busy giving ereaders and thousands of ebooks to schools in a number of sub-saharan African countries – chiefly in poorer areas have just released a report about the impact their ereaders (and ebooks of course) have had in Kenya.

After several years of providing Kenyan Libraries with ereaders (Kindles) and a wide range of ebooks, by African authors and international authors as well, they have just commissioned  a study that has just shown the following wonderful results:-

END_OF_DOCUMENT_TOKEN_TO_BE_REPLACED

I recently read a rather curious and odd science fiction ebook by Gary Ruse.  Its title, which is direct and to the point, is Aggie & Agent X.  I found it to be a strangely endearing and decidedly odd book.   Sort of a case of a “normal” thriller that has been acted out by the Marx Brothers, if you can imagine anything so odd.   But as I said, a most endearing ebook.

The author, Gary Ruse describes this small masterpiece as follows – Not giving anything much away here though:-

Rookie CIA officer Agnes Westfeld is excited when she gets her first real assignment after only three months at the agency, even though she’s told it will be basically just a “baby-sitting” job. But when her new HQ turns out to be a legendary top secret base in the Nevada desert and her new partner is “out of this world,” pitted against an evil mastermind who will stop at nothing, Aggie goes on a wild and wacky spy mission that is the adventure of a lifetime!

The two heroes of this ebook are engaging in their differing ways, Aggie, (Agnese Westfield) the girl, is a sort of wide-eyed innocent at large, gazing at the world with wonder and apparent confusion, but, but in fact is amazingly together when it is necessary that she be so, and Agent X… What can I say about him?  Well, he is an Alien who has a Humphrey Bogart fixation and a number of other strange ideas… An odd creation, but fun nonetheless.

END_OF_DOCUMENT_TOKEN_TO_BE_REPLACED

Whilst I have read and enjoyed the gently thrilling thrillers of Dick Francis for many years, I have never given any serious thought to why I like them so much.

Until yesterday, when my wife, who is currently working her way through our entire collection of his books (some 10 or thereabout), suddenly looked up and asked me if I knew why she was so enjoying reading his books.

Obviously I replied in the negative.

So she explained why she – at least – was enjoying reading them so much, and it is remarkably simple.

END_OF_DOCUMENT_TOKEN_TO_BE_REPLACED

I have just finished reading a small volume of what has to be the best book to keep in your lavatory.  This small volume of highly improving fairy tales written by James Finn Garner and entitled with great accuracy as “Politically Correct Bedtime Stories” consists of some 13 well loved fairy tales rewritten to conform to the needs of our Politically Correct age.. Well, obviously not really, the whole thing is a superb satire on the more idiotic aspects of PC thinking.

To give you a taste of this totally enjoyable little book, here is a section of his “improved” version of Little Red Riding Hood.

There once was a young person named Red Riding Hood who lived with her mother on the edge of a large wood. One day her mother asked her to take a basket of fresh fruit and mineral water to her grandmother’s house–not because this was womyn’s work, mind you, but because the deed was generous and helped engender a feeling of community. Furthermore, her grandmother was not sick, but rather was in full physical and mental health and was fully capable of taking care of herself as a mature adult.

So Red Riding Hood set out with her basket of food through the woods. Many people she knew believed that the forest was a foreboding and dangerous place and never set foot in it. Red Riding Hood, however, was confident enough in her own budding sexuality that such obvious Freudian imagery did not hinder her.

On her way to Grandma’s house, Red Riding Hood was accosted by a Wolf, who asked her what was in her basket. She replied, “Some healthful snacks for my grandmother, who is certainly capable of taking care of herself as a mature adult.”