I know, I know, I have written several posts on this topic- as has just about everyone in the world by now.  But I have a few remarks about my life in this moment that I would like to share.

People are beginning to gather in crowds again I have noticed here in Queensland, which is a pity as I was hoping that people would stick with the obviously successful – if mildly irritating – social distancing rules.   So today as I was heading into Samford to obtain some medicine (phoned before setting off, medicine will be brought to my car with cash machine, so I have no need to go into chemist) I came across a gang of overweight motorcyclists roaring down the road on their noisy damn motorbikes.  Currently only three people (not of a family) are allowed to gather, but there were a least 20 of these guys – pity really.   Ah well.

Obviously this photo is not of the group I saw, I was driving after all.

Also I have now come across larger groups of cyclists as well, so soon it will be back as it was before the plague – every weekend driving will become tricky as one confronts huge groups of Lycra clad people on their bikes blocking most of the road..   Another case of Oh Well……….

Other than these couple of things, I am hugely enjoying being in isolation.  For me it is simply a pleasure, but then, I live on 5 acres of beautiful country, so I can wander around at will and don’t live in a two room flat on the tenth story of an inner city tower-block.   For those people it must be horrible, and they have all my sympathy.

Like almost everyone in the first world just now, both my wife (Lotty) and I, as we are both well over 70 years old, are in voluntary isolation, which is a very odd situation for us both in different ways. 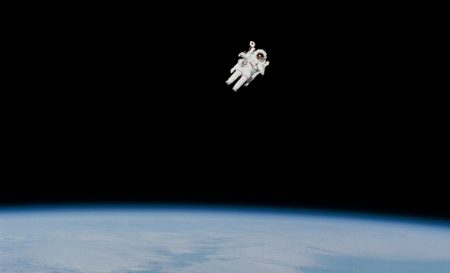 For my part it has meant that I no longer lead the life of a Professional Volunteer as I am in the habit of doing (see several other posts on this aspect of my life) and as a result I am feeling more than a little discombobulated to say the least.  For Lotty it has meant the end of her regular walks with our pooch, Gizmo, and a number of friends, followed by a happy hour or two sitting in one or other of Samford’s many cafes solving the many problems of the world or taking several Alpacas for their daily walks at a local riding school.

On the other hand it has meant that she has almost unlimited time for her garden, which is great, as her garden is a self-created jungle in a near vertical slope. 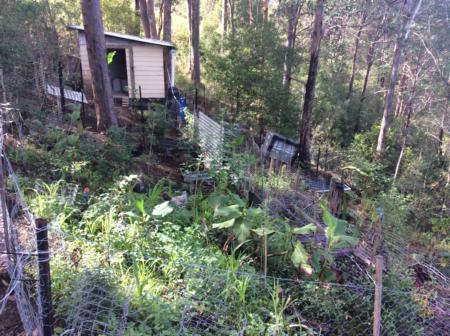 All of that is is pretty normal I suppose.  If one is suddenly unable to pursue one’s normal activities for whatever reason.  But given that we are healthy enough (for our ages) and at peace with the world, it is an odd feeling that it is unimportant to know what day of the week it is, the almost total silence on the nearby roads (we live in the country about 35 km outside Brisbane) and our normally well filled calendar (Literally, that is how we keep track of our various activities) is now empty – apart from a dental appointment I made this morning for the 1st October to make sure that I beat the rush when this isolation finishes – assuming it ever does of course.

Also the lack of having to be anywhere or do anything special at a given time is an odd feeling.  We are able to wander around in our garden so we don’t feel that we are in prison, which I can well imagine those who live in flats in cities can do, so apart from not having used either of our two cars for days now we are living in a reasonably “normal” fashion by and large I suppose.

So basically, we are living in a more or less normal way but with a feeling of isolation at all times, as if the outside world has ceased to exist – which is very odd to say the least.  We are sort of living in a small bubble, just our garden and a small section of the road outside our house.

The other main change is that we see none of our friends any more – occasionally one passes on the road and we shout greetings at each other and then they go on their way, so apart from via Facebook and the phone, we have really no contact with anyone else in the whole world and it is now several weeks since I was away from our house – not even in the local village to shop as our son is dealing with all of that.

So we are living in more or less complete isolation in the middle of thousands of other people doing the same – really an odd thing.

Oh well, assuming it will ever be open ( and humanity still exists), I assume it will all return to what we consider to be normal, which is really a pity I feel.

As I remarked in yesterday’s blog, there are numerous very positive aspects to the current dreadful virus attack, not only the up-welling of creativity that has occurred and which gives me so much hope for humanity (with a number of reservations of course) but also numerous side effects – the beautiful lack of huge environmentally dangerous airplanes roaring along overhead – yesterday I heard on the news that three (3!!!) international flights would be arriving at Brisbane International Airport. Isn’t this wonderful?

The road outside our house is superbly quiet all day, no large groups of overweight men on ridiculously huge motor-bikes roaring past our front gate all weekend or huge gaggles of people on racing bikes all chatting away at full volume disturbing our peace on a Sunday and during the week it is also so much quieter than normal – a sort of absence of sound that is hard to describe, but has a sort of empty quality and is totally delightful.

Also those webcam views of the centre of normally bustling cities, showing empty streets with only occasional lonely policemen to be seen – not only spooky and weird, but pleasing as well.  To be honest I am enjoying the whole experience, but then, I am not sick, nor do I live in a small flat on the 10th floor of a sky-scraper so I can wander around in our 5 acres of land without any worries.

Sadly people living in Luanda or any other city in Africa or pretty well any third world part of the earth will have another experience – I have plenty of water to wash endlessly and space to wander around easily without coming closer than the limit of 1.5 meters to another human.  Those poor souls have no water to spare for endless washing of hands, nor do they have the space to indulge in “Social Distancing” so I presume that the illness associated with this virus will wipe out thousands of such people.   This gives me considerable pause to put it mildly!   I have no idea how to help ameliorate their situation, sadly.   So in my more depressed moments I assume that places such as Africa, Pakistan, India and such-like will come out of this experience almost empty.

One thing that is certain, once all of this is over and we set about reconstructing our “normal” world again, things will likely be very different from how they were – I hope in a positive way, but we shall see………………………………………….

One of the more surprising and pleasing aspects of the current Corona Virus plague is the increasing amount of wildly funny or simply beautiful videos that people are creating in order to deal with their boredom of being effectively in prison.

It started simply with musicians standing on their balconies in Italy and playing with other musicians who happened to live near them in a version of open-air concerts and someone videoing the whole thing.  It developed from there to encompass a wide range of public and informal performances – singing, juggling, shouting jokes, dancing and so on.   An up whelming of performances of all sorts and types, and a joy to see!

It has now gone one step further, and people are now making their own videos of all manner of visual jokes, multiple takes of them performing with themselves, in the manner of those 1000 voice videos we have all seen in the past.    Some of them incredibly beautiful, such as this one.

Woman singing 4 part song with herself.

Apart from having a superb voice, she also has one hell of a great smile!

We also have other videos in which people make fun of the whole situation of being in”Lock-down” some of which are surprisingly sophisticated – which I suppose shouldn’t really surprise me, as all manner of professional performers, video makers and similar are also in “Lock-down” of course.

A good example of these silly ones is the following one, which takes straightforward film of people crossing a road and similar activities and gives it a sports program type of commentary, I really enjoyed this one!

Crossing road as a race

As you will see if you follow this link, there are a whole set of these silly “sports commentary” videos on his Twitter page to amuse you.

I have also seen no end of performances by people who are trapped in their houses by the events of the last few weeks (as am I) and who have dealt with the boredom by means of silly videos – as I am sure you know.  If you are a user of Facebook, Twitter or any of those sort of things on your phone/computer, you will have seen endless such photos, videos and so on..

All a highly creative way of dealing with the problems we are all facing and a very happy result of the situation.   I have noticed that all over the world such things are being created and enjoyed.   In the horrible plague we are all enduring some very good things are happening, and I hope that they will continue to happen once this is all over – not that I am particular optimistic about that in fact – after the plague of 1918 the world very rapidly descended into its normal horrible way of doing things, so I assume this will happen once this one is over – assuming there is any humanity left of course.