It is a curious fact that abandoned houses, towns and other man made objects, when we have finished with them, and left them to rot away on their own, frequently acquire a new sort of beauty, as I hope you will see in the photos I have collected from around the web to illustrate this point.

Generally when we think about stuff that we have thrown away, or abandoned, we tend to think that it will be ugly, messy and generally a bad idea, as in this image below.

And of course, to a large extent this view is correct, rubbish is rubbish, and highly undesirable.   But having said that, there remains a sort of haunting beauty in old and abandoned buildings and cities.

A tristesse is always lurking in the background whenever one finds oneself confronted with the ruins of what was once a home, or a village.   If you consider the photo below, you will see what I mean.

On one level this is a horrible, rotting mess, but on another level one is forced to think about the people who used to live in this room, what sort of stuff did they watch on that remarkably clean looking TV set, why did they have such large armchairs in their bedroom, set out in order to watch TV in comfort?   Who were they, and why did they leave?  I am afraid I have no idea, as I do not know anything about this image, other than what it says for itself.   Patently a sad story is lurking in the background here, something that caused them to leave quite hurriedly it would seem.

Even in buildings that were never lived in by families, we see the same sort of brooding atmosphere.   This image of an abandoned Sanatorium in Germany is such an image.

You see what I mean?  Imagine wandering around in either of these two buildings and allowing yourself to ponder on the people who used to live in them.  What were their lives like?  How did they end up in such a place?  Why have these buildings been left to rot gently away in this fashion – The questions are endless really.

And here below, we have yet another such situation.  The people obviously left hurriedly, as evidenced by the wheelchair.   But why?  And who were they?  The stories in these photos are legion, and the possibilities are endless it seems to me.

Or what happened here? 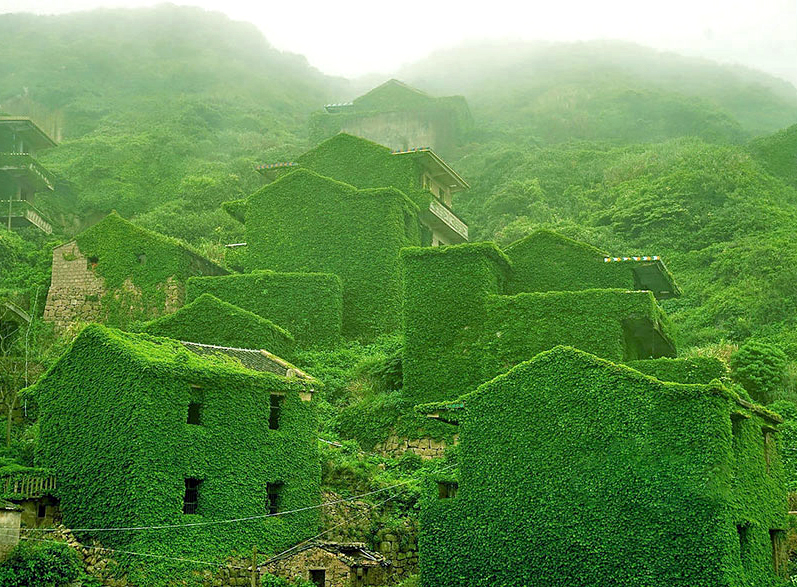 It is rather beautiful isn’t it?   But why on earth was this village abandoned?   Was it simply a case as is too often the cause of abandoning villages in places such as rural France, that there was no longer a living to be made from the small scale farms around the village, so the kids all left, thus when the last of the older inhabitants died of old age there was no one left to live there.

I suspect this was the story here, sad isn’t it?

Then we have the rather more obvious situations, such as this poor church apparently built in the middle of a shallow lake. 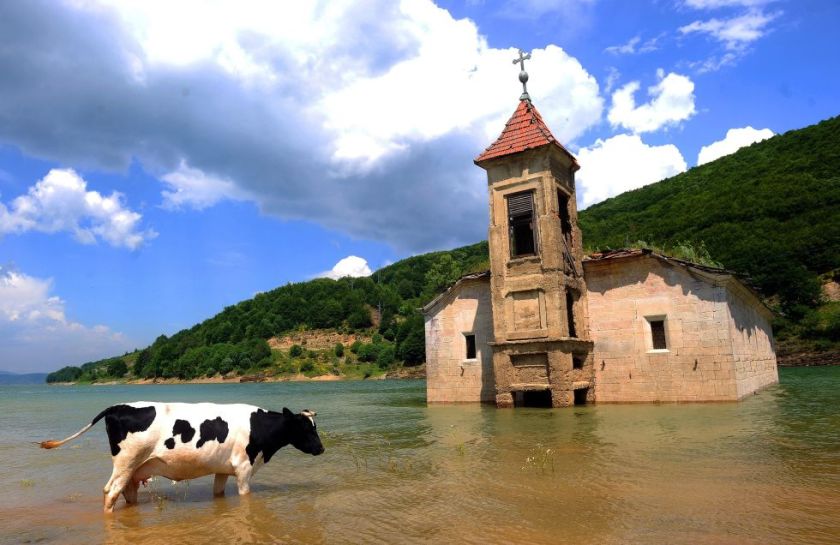 Though presumably what happened here was not that the church was built in the water, but that a valley was flooded by the construction of a dam, and the poor old church was just too low down to avoid this fate, much as in the following image.

This one at least has proven useful for the local water birds if nothing else, so all is not lost there.

And as the last one for today, here is an image that is rather beautiful, but could be scary if you happened upon it at twilight.

I have come across places like this in France.   During the first world war battles were fought in and around small farming villages, and the damage was so great that there was no point in rebuilding after the war, so these villages were simply left, and the forest gently grew up around the remaining houses.  Which resulted in this sort of scene.

Anyhow,I hope that you have enjoyed these images, and if you are a teacher, I hope that you will find them useful as “idea sparks” for your writing classes.